Today in Wyoming History: 1886, The Beginning of the End of the Open Range

130 years ago today, on November 1, 1886, heralded the first snowfall for the disastrous winter of 1886-87. It was unusually cold and wet, with record snowfall and temperatures shattering left and right across the region. This winter also put the final nail in the coffin for the open range cattle industry, killing much of the livestock on the range and decimating the fortunes of many “cattle barons.” 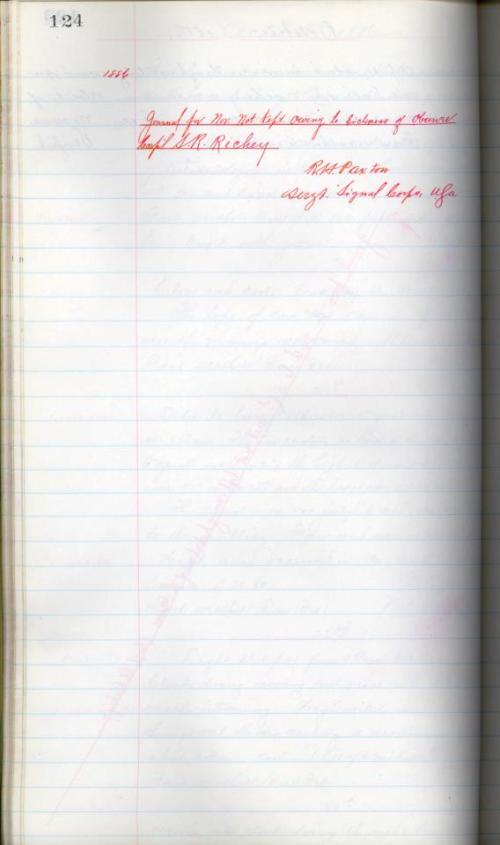 Official weather observations for one of the most historically significant winters in the history of Cheyenne are missing due to the severe illness and eventual death of the station attendant. Thankfully data exists from other stations in the region. (WSA National Weather Service, Cheyenne Station, daily record journal May 1885 – March 1888)

No one knows if any temperature records were official broken in Cheyenne that winter. The National Weather Service station observer, Corporal Stephen R. Richey, was sick and unable to record his observations. According to the log book, Corporal Richey came down with Malignant Erysipelas, also known as St. Anthony’s Fire, which is an acute streptococcus bacterial infection. His last entry was October 23, 1886, just days before that first snowfall. Apparently the US Signal Corp had held out hope for Corporal Richey’s recovery because they did not send his replacement until after he died on March 5, 1887, at the end of the brutal winter. Richey was interred in the Fort D.A. Russell (now Warren Air Force Base) Cemetery. [1]