“Few towns can boast an Indian writer. This Gillette can do with impunity.” So began the editor of the Gillette News’ introduction of White Eagle to Gillette and ultimately the nation. 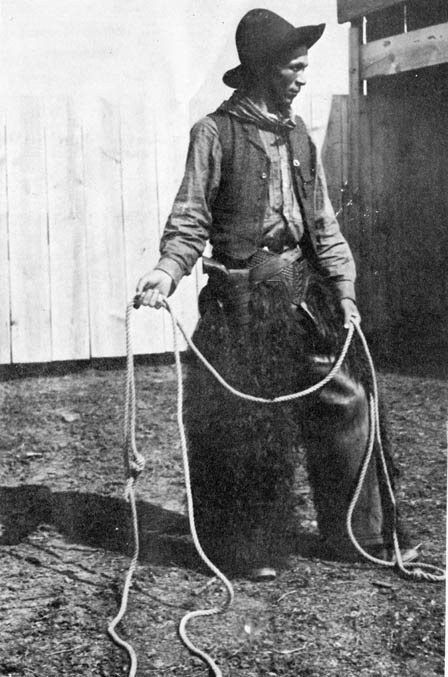 Shields Wright, known as White Eagle, was born in 1878 or 1879 to a Sioux couple “on [the] south fork of [the] Red River 4 miles from Eufaula, Oklahoma,” deep in the heart of Indian Country. Born deaf, the cards were stacked against him from the start, but his infirmity seems to have only made him more observant. He was taught to read and write and eventually could speak with some difficulty. At age 15, he left the reservation and struck out on his own.

During the summer of 1909, White Eagle found himself working on the range as a cowboy near Gillette, Wyoming. This was a life he loved, out on the plains with only cattle and his horse for company and plenty of time to think. And write. Like many cowboys, White Eagle had the heart of a poet.

Starting in August 1912, White Eagle became an infrequent contributor to the Gillette News. He was compensated for his work, which was often published on the front page. Sometimes he would offer his opinion on a topic, but more often it would be a poem. He later published a pamphlet of poems entitled “The Dog Supper and Other Poems” and sold them for a bit of pocket change. Though much of his work spoke about his life as a cowboy, he also wrote about his experience as a Native American walking between both the old and new West and the Native and White cultures.

O, Wyoming wind why this way
Of coming round so rough today?
You close my door with such a slam
You almost caught me in the jam.
You make me feel a bit afraid
You shake the roof so e’er-head
You startle me with your wild roar
As you go racing past my door.
Coming screeching across the land
You fill my eyes with dust and sand
You catch up mud in your mad race
And sling it roughly in my face
You snatch my hat with gusts wild
And have me chase it most a mile.
You whip in rags my one old coat
And blow my breath back down my throat.
You took my wash tub most to town
And left it sitting upside down
You take the moisture from my crop
And leave me wondering where you’ll stop.

— published in the Gillette News

Some time around 1916 White Eagle acquired a printing press of his own. His first endeavor was to publish a local cookbook. He asked local women to share their best recipes and often included a short biographical note about the contributor. He also added a few of his poems for color.

White Eagle on his horse, Red Bird, made quite a splash when he appeared on the streets of Chicago promoting the Custer Battlefield Highway in 1922.
(WSA Sub Neg 285)

In 1922, White Eagle rode the entire length of the Custer Battlefield Highway, from Sheridan to Omaha to promote the highway and encourage tourism. His horse, Red Bird, was provided by Sen. John B. Kendrick. From Omaha, he toured the East by train, stopping in Chicago, Detroit and Washington, DC. He met with General Custer’s widow and was interviewed by Cornelius Vanderbilt. When he returned to Wyoming, White Eagle published a piece in The Highway Magazine entitled “Good Roads Force the Passing of the “Old West” about his travels and his memories of the west as it was. His story was also written up in Popular Mechanics.

Flowing his trip East, White Eagle’s writing disappear from the newspaper. There is a mention of his greeting Queen Marie of Romania in Washington State in 1926, but beyond that, his trail fades away. Perhaps he just rode off into the sunset.

Filed under This Day in Wyoming History..., WSA Collection Highlights

One response to “Bachelor War Bread and Pony Love: Words from White Eagle”